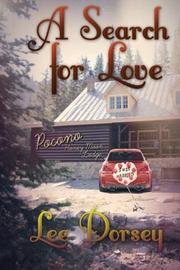 A Search for Love

Life is sweet for 28-year-old Matt Matthews; in 1980, he’s “the number one disc jockey in Harrisburg, Pennsylvania,” and enjoys plenty of sex with beautiful women. It helps that he gets his dates drunk first, to lower their inhibitions. Plus, he avers, “It’s amazing what some women will believe” when you lie to them. Wife No. 1 is Debra, not only gorgeous, but “she might be an asset to my career. In addition, I’ll finally get between her legs,” he thinks. They have an “ethnic” wedding and honeymoon in the Poconos, beginning a tradition for Matt—he brings every new bride back to the same suite and bed. Why so many weddings? “I fall in love. I want to do the right thing,” says Matt, yet he also believes: “It’s only some words” and a “piece of paper.” In what also becomes a tradition, Matt and wife are soon divorced. Reasons over the course of many failed marriages include infidelity, disappointed expectations, and lies. Matt’s career grows; he hosts radio and TV talk shows in New York City, buys a West Side penthouse, and writes his autobiography. He marries wife No. 6, Dianne, so they can enjoy conjugal visits when she’s in prison for operating a Ponzi scheme, having first set aside an offshore account for them both. Dianne flees the country after her release. While Matt’s skills in bed seldom fail to supply multiple orgasms, the book’s many erotic scenes don’t have much sexual heat: “She was secreting and it was dripping down on my body…she moved [my penis] slowly into her oral cavity,” for example. The author seems to intend this as a comic novel of misadventure that leads to true love, but many readers will likely find it difficult to root for the shallow characters: does a married man concerned about doing the right thing get a vasectomy on the sly? And that offshore account signifies misfortune for those investors Dianne scammed. After a brief seventh marriage (to the mother of wife No. 5), Matt discovers one of his former spouses in Costa Rica. Will he finally find happiness? In the end, this obvious wish-fulfillment fantasy delivers little satisfaction.

A tale of multiple marriages that lacks strong characters.