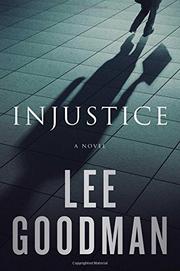 If it weren't for bad news, federal prosecutor Nick Davis wouldn't have any news at all in Goodman's follow-up to Indefensible (2014).

Nick's first marriage came apart after the death of his 9-month-old son. His foster son is serving time for murder. A woman he fell for was killed. And his wife of five years, Tina, a lawyer with the Innocence Project, recently overcame breast cancer. Now, Nick is investigating the shooting death of Tina's sister, Lydia, during a July 4th celebration in the one-time mill town where they all live. Suspicion falls on Lydia's fiance, Henry, an assistant U.S. attorney who works with Nick. Disfigured by burns when he was a boy, Henry has apparently been carrying around a lot of rage. Could he also have been involved in the long-ago killing of an 8-year-old boy? That murder case has just been reopened. Tina grows oddly distant from Nick, who's also investigating a city corruption scheme that's getting people killed. Their 4-year-old son is puzzled when his dad starts living by himself in a cabin. We're in Scott Turow territory, where professional and unsettling personal matters collide, but the moral intensity that fires that lawyer/novelist's books is missing. Goodman, a former attorney, devotes most of his energy to trying to secure a rickety plot. For someone who's been investigating cases for 30 years, Nick's willingness to jump at conclusions and grasp at straws is difficult to swallow.

Goodman's legal thriller has plenty of entertaining twists and turns but is short on credibility.