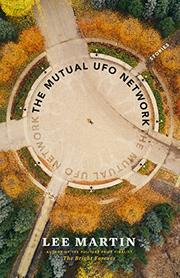 Quiet traumas and long-festering emotional wounds abound in this collection.

Elucidating the tensions that can arise over a long period of intimacy, or that can emerge from an unspoken sense of resentment, can be a difficult thing to pull off in fiction. At their best, the stories in Martin’s (Late One Night, 2016, etc.) collection offer an impressive demonstration of just how to convey these trying emotional states. Martin’s stories frequently encompass decades’ worth of events in the lives of their characters. Ancil and Lucy, the couple at the center of “The Last Civilized House,” have been together for 55 years as the story opens. When Lucy reconnects with an old flame, there’s a weight to the accumulation of events and a power that keeps the narrative unpredictable as secrets and resentments slowly come to the foreground. There’s plenty of tension in these tightly wound connections between characters. The protagonist of “Bad Family,” Lily Chang, recalls coming-of-age in China in the time of Chairman Mao. Since then, years have passed; she’s now living in Nebraska, maintaining an unlikely bond with her ex-husband and his new wife. Her decision to begin sending anonymous, threatening letters to the couple complicates matters—but it also feels somewhat arbitrary, an unexpectedly violent act whose motives and consequences require more space to fully explore. But the best of these stories also showcase an impressive restraint: The narrator of the title story gives a detailed account of his bonds with each of his estranged parents, but passing allusions to certain events—one character’s time in prison, for example—create an even grander sense of interconnection. Sudden moments of violence outnumber epiphanies in these stories, and the effect creates a quiet melancholy.

With precise storytelling, Martin chronicles the unrest in his characters’ lives and the shocking moments when tensions reach their breaking points.