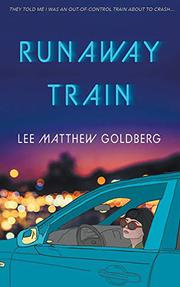 A 1990s California grunge girl mourning the death of her sister sets out on a road trip of self-discovery in this YA novel.

Sixteen-year-old Nico Sullivan has been having a rough time since police came to her door to tell her that her sister, Kristen, died of a brain aneurysm during her morning jog through Laurel Canyon. That was Halloween 1993, the same day River Phoenix overdosed across town at the Viper Room in West Hollywood. No one in Nico’s family is dealing with it well, and six months after Kristen’s death, the teen comes home to find her mother in flagrante delicto with a neighbor. Nico’s been keeping a bucket list since her sister died: “Sometimes I take it out” and pore over “its wild contents that ranged from surfing, to climbing a mountain and facing my fear of heights, to kissing a boy I really had feelings for, to getting up in front of an audience and singing my heart out.” Faced with the prospect of her parents’ divorce—and egged on by her two friends also facing burnout—Nico decides to take her teal blue Hyundai Excel up the West Coast, knocking things off the list and coming to terms with her grief. The last thing on the list: driving to Seattle and knocking on the door of her favorite singer, Kurt Cobain. What could go wrong? Goldberg brings Nico to life with a narration that, save for a few anachronisms (“hella,” “muffin top”), is unabashedly 1994: “While I’m hella jealous of Courtney Love because of who she gets to lie next to every night, Hole’s music actually rocks. As I drive, I sing ‘Miss World’ until my throat is red, knowing I should support female musicians that are part of the Riot Grrrl movement rather than tear them down.” Nico is equal parts angst, humor, and longing, a compelling combination that invites readers into all manner of memorable (and often inadvisable) situations. She doesn’t always sound entirely like a 16-year-old girl, but she embodies the grunge ethos enough to make the constant music references feel like more than just a conceit.

An engaging ’90s pastiche with an earnest heart beating at its center.