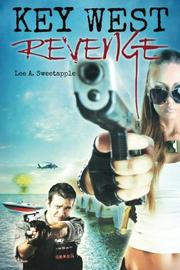 Former intelligence officer LP Thomas and his colleague Morgan Smith are soaking in the sights of the Florida Keys when they’re kidnapped and taken to a ship by sinister drug runners with ties to the notorious Cuban-born Panamanian drug lord El Diablo. Morgan manages to escape, but LP is not so lucky. El Diablo’s men also abduct a sleazy character named Sandy “Dirt” Dogwood, whom El Diablo blames for a cocaine deal gone bad. The drug lord forces Dogwood to deliver a bomb to the Department of Defense’s U.S. Southern Command headquarters in Miami. Intelligence agents and others, including LP’s friends Jim (“’Vette Head”) Stillwater and Col. Steve Yamoto, make it their mission to find and rescue LP and apprehend El Diablo. The novel works best during the faster-paced sections, when the going gets tough for the heroes, but other, less engaging sections get sidetracked by unnecessary explanations of plot developments and extraneous details. The novel makes ample use of its South Florida setting, which plays a key role in the story, but gets weighed down by local anecdotes; an early chapter, for example, relates the history of a century-old Key West bridge and its special type of steel, without clearly connecting it to the main plot. The author does skillfully stage action scenes, however, indicating the possibility of promising future novels.

A thriller that sometimes gets lost in its details.