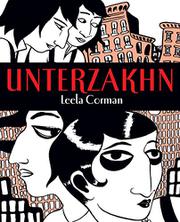 The graphic novel as feminist parable, concerning twin sisters who learn the brutal facts of life, set in New York in the early 1900s.

Jewish daughters of a woman whose reputation makes her an object of scorn on the Lower East Side of Manhattan, Esther and Fanya are identical twins and soul mates whose lives take very different turns. Yet they face a common problem in the world they’re poised to enter, and “the root of the problem lies in the overly sexual nature of the human male...It’s men’s drives, you see, that keep Woman reproducing constantly, like a breed cow. Sexual slavery awaits the woman who allows a man to entrap her, either in marriage or in a quick and ugly gutter union.” Such advice is given to Fanya by the female obstetrician she comes to assist in the frequent (but illegal) role as an abortionist. Meanwhile, Esther sees another side of man’s sexual drives, when she falls under the wing of a woman whose burlesque theater serves as a tease for the prostitution business upstairs, with nubile Esther becoming an attraction in first the former, soon the latter and finally something closer to the legitimate theater. (The graphic novel’s title is Yiddish for “Underthings.”) Yet these lines between the worlds of conventional morality and common indecency blur, as the maturing Esther attracts numerous customers who want to take her away and make an honest woman out of her, yet she sees no gain in exchanging the sort of sexual transaction to which she’s accustomed for a less lucrative and potentially more suffocating one. A climactic reunion leads to revelation for the sisters and the reader alike.

Both a work of social realism and a fable with a moral.