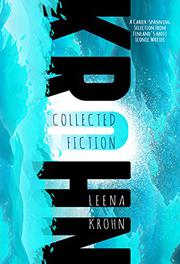 A welcome gathering of works by Finnish writer Krohn, a brilliant conjurer of possible worlds.

The narrator of Krohn’s early novel Doña Quixote and Other Citizens: A Portrait, a lovely reimagining of Cervantes, is a world-weary stranger in a strange land of rough stone and crowded towers who cannot bear the thought of living “on this rubbish-heap of a star for another thirty or forty or fifty years.” Doña Quixote, seer more than dreamer, becomes her Virgil in a place whose inhabitants bear names such as The Wader, The Looking-Glass Boy, and The Incurable One. In such a place, Doña Quixote sagely observes, “everyone has to be Hamlet.” Krohn’s imagined, ghostly worlds form the setting of other books gathered here, including Tainaron: Mail from Another City (1985) and Gold of Ophir (1987); these unfold in brief episodes, some just a few paragraphs long, that embrace improbable geometries and physics, worlds of “insignificant protuberances that were at first hardly distinguishable from the surrounding sandy plain,” say, that conjure up the hallucinatory closing pages of Poe’s tale of Arthur Pym. Krohn’s work has been likened to Ursula LeGuin’s, though often it is more reminiscent of Calvino, Borges, and Lem, layered in with foreboding bits of Lovecraft. Not exactly science fiction, not exactly fantasy, but some hybrid of those genres blended with literary fiction, Krohn’s tales often involve the exploration of consciousness both human and animal—and, at times, that of machines—against myth-tinged backgrounds, as with one story whose protagonist is the offspring of a human mother and “one of the first multi-species hybrids.” Philosophically nimble, those stories trade in wonderment: here time twists so that a figure “no longer owned anything, not even her own past,” while there a character comes to each word in her native language as if encountering it for the first time—though that may just be the effects of a dose of datura.

An extraordinary writer who deserves to be better known to readers in English—which, thanks to this excellent collection, is now possible.