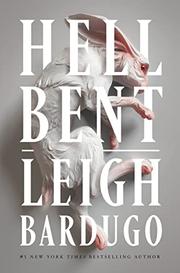 From the Alex Stern series, volume 2

A Yale sophomore fights for her life as she balances academics with supernatural extracurriculars in this smart fantasy thriller, the second in a series.

Galaxy “Alex” Stern is a member of Lethe House, the ninth of Yale’s secret societies. And not just any member—she’s Virgil, the officer who conducts the society's rituals. In the world of Bardugo’s Alex Stern series, Yale’s secret societies command not just powerful social networks, but actual magic; it’s Lethe’s job to keep that magic in control. Alex is new to the role. She had to take over in a hurry after the previous Virgil, Darlington, her mentor and love interest, disappeared in a cliffhanger at the end of the first book. He appears to be in hell, but is he stuck there for good? Alex and Pamela Dawes—Lethe’s Oculus, or archivist/administrator—have found a reference to a pathway called a Gauntlet that can open a portal to hell, but can they find the Gauntlet itself? And what about the four murderers the Gauntlet ritual requires? Meanwhile, Alex’s past as a small-time drug dealer is catching up with her, adding gritty street crime to the demonic white-collar evil the Yale crowd tends to prefer. The plot is relentless and clever, and the writing is vivid, intelligent, and funny at just the right moments, but best of all are the complex characters, such as the four murderers, each with a backstory that makes it possible for the reader to trust them to enter hell and have the strength to leave again. Like the first book, this one ends with a cliffhanger.

Well-drawn characters introduce the criminal underworld to the occult kind in a breathless and compelling plot.