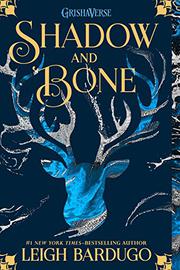 From the Grisha Trilogy series, volume 1

In a Russian-inflected fantasy world, an orphan comes into immense power and, with it, danger.

When the Grisha came to test inseparable friends Alina and Malyen, neither showed any aptitude for the Small Science. Years later, they are in the army, Alina in the cartographer corps and Mal a tracker. They are escorting the Darkling, the most powerful Grisha in the land, across the terrifying Shadow Fold that divides Ravka’s heart from its coast. An attack by the terrifying volcra brings forth a power Alina never knew she had: She is a Sun Summoner. The charismatic, quartz-eyed Darkling takes her to the palace to learn the art of the Etherealki, and Mal is left behind. Bardugo allows the details of Grisha magic to unfold with limited exposition, using Alina's ignorance for readers' benefit. While Alina's training borrows familiar tropes (outlander combat teacher, wizened-crone magic instructor, friends and enemies among her peers), readers will nevertheless cheer her progress. But the worldbuilding is continually undercut by clunky colloquialisms; such phrases as "Well, that's completely creepy" and "It's okay" yank readers out of this carefully constructed, mostly preindustrial world. Readers may also be troubled by the sexualization of power found in its pages.

The plotting is powerful enough to carry most readers past flaws and into the next book in the series.