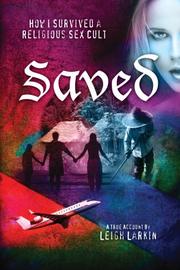 How I Survived a Religious Sex Cult

In a compelling debut memoir, Larkin tells of her experiences in the Children of God cult.

Growing up in the Bible Belt in the 1970s, Larkin was drawn to Christianity at a young age. However, her mother always actively discouraged her from joining a church and leading a religious life. When her mother finally took her to a church, Larkin found herself dissatisfied: “The people were nice to me, but they didn’t talk much about the Lord. They seemed more interested in talking about what was right and wrong—not a whole lot different than my mother.” Lost and despondent, the 13-year-old Larkin happened upon a poster in the nearby college town of Knoxville, Tenn., that read, “Free Food, Free Music, Free Love.” Larkin took the ad as a sign from God and went to the listed address, where she was greeted by the seemingly warm and generous members of the Children of God, also known as the Family. Larkin joined them and eagerly relinquished all her possessions to the group. The Family’s regular proselytizing, or “witnessing,” consisted at first of distributing leaflets and singing on street corners, but then began incorporating “Flirty Fishing,” in which female members persuaded outsiders to join the Family by flirting and eventually sleeping with them. Larkin’s spiritual journey took another unexpected turn when she gave birth to a daughter, Berta, with cerebral palsy. Her challenges as she tried to raise Berta in the Family—where no one member is allowed to receive special treatment—led Larkin to see her life in the Children of God as unsustainable and detrimental to her and her daughter’s well-being. In this fine memoir, the author’s voice is emotional and fervent, but her prose style is relatively unadorned. She conveys her story in simple but powerful language that consistently makes her account an absorbing read.

A captivating story of one woman’s journey to spiritual freedom.