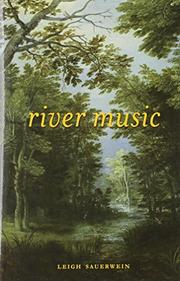 Multiple perspectives tell pieces of the story of Rainy, a 10-year-old girl found as an infant.

She lives with Will Barnes, her foster father, who found her snuggled in the crook of a tree, and his son, Ben. Nearby lives Gabrielle, a New Orleans native who gave birth to Rainy while her husband, Jared, was away fighting the Civil War. Among others who fill out the cast are Marie Bijoux, Gabrielle’s mixed-race half sister; her husband, Pondichéry; and Robert Ray, an elderly neighbor who saw Marie Bijoux put Rainy in the tree. A mysterious African-American girl who drops a scattering of jewelry for Rainy to find sets off a sequence of events that reveals the tangled connections among the members of the community, both white and black. Sauerwein’s writing is as lush as the Spanish moss draping Southern live oak trees, but this slight novella doesn’t do it justice. Amid the multitude of perspectives, no clear protagonist emerges, nor is there much of a plot. What there is, though, is a kaleidoscopically effective vision of disparate, messy, complicated humanity.

Give this quite literally impressionistic portrait of a slice of the South after the Civil War to readers with patience and a love of language. (Historical fiction. 12 & up)