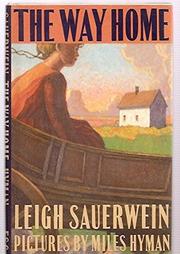 An author who was born in the US but whose previous books have been published in France makes a fine American debut with five stories set in the Midwest from 1853 to 1989 plus ``A Box of Pictures,'' an autobiographical-seeming piece suggesting their inspiration. After befriending a Native American man his mother has been avoiding—a troubled Vietnam War vet—a teenager discovers his own origins in a romantically old-fashioned denouement. Two lives reach a single turning point when a solitary young widow takes in a hungry stranger; the brazen hussy who provokes outrage among the other passengers when she and her ``slave'' board a steamer at Natchez swims free, discarding a blond wig, when she and her husband reach Illinois; a lonely little girl learns a tragic family secret—her aunt's Cheyenne husband and children were murdered by US soldiers; a child in a wheelchair encounters another courageous captive, the proud, still-wily Geronimo. In each gracefully written story, the circumstances pulse with drama that the author, wisely, understates while focusing on the spare descriptions and telling details that animate her characters and settings. At their best, compelling. (Short stories. 12+)