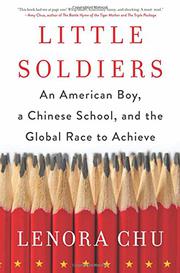 An American Boy, a Chinese School, and the Global Race to Achieve

A comparison of American and Chinese education systems based on the author's observations of her young son.

When journalist Chu, an American mother of Chinese descent, moved to China with her husband and young toddler, Rainer, the couple decided to enroll him in an elite, state-run Chinese public school. Observing that Chinese children were well-behaved and students of all ages were outperforming American students on a variety of topics, the author was also pleased that Rainer would learn Mandarin at an early age. In a few short weeks, Rainer's boisterous nature calmed, he made new friends, and he began learning Chinese. However, he let slip little details of the methods used by his teachers to instill obedience and conformity that made Chu wonder if she and her husband made the right decision. Rainer told his parents that he was force-fed food he disliked, had to sit perfectly still, didn’t always get enough water, and was only allowed to use the bathroom at prescribed times. Consequently, Chu set out on an investigation that brought her face to face with vastly different cultural and educational belief systems than what she had experienced in the U.S. as a child. Through this combination of personal stories and investigative reporting, Chu opens a window on to the complex world of communist China and its competitive methodology, which helps raise highly efficient, obedient, intelligent children but also squelches individualism and spontaneous creativity from the beginning. It’s a sometimes-chilling portrait of how hundreds of millions of children are being taught to obey as well as an interesting glimpse into the mindset of one couple who let their child stay in the system despite their misgivings.

An informative, personal view of the Chinese and their educational system that will have many American readers cringing at the techniques used by the Chinese to create perfect students.