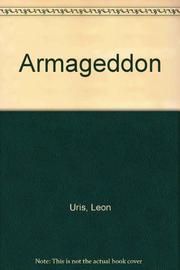 With his customary command of fact, and predilection for the times and places that try man's metal, Leon Uris here turns to the subject and story of postwar Berlin in the early stages of occupation. His story is in essence a commemoration of the patriotism of heroes who held the line in a thankless, demanding ordeal as they fought the first Cold War battles against the Communists for the West's foothold in Berlin. Uris starts his book as the war is ending; his Irish American hero Sean O'Sullivan is an officer under General Andrew Jackson Hansen and is preparing for the occupation of Germany, first in England, then on a pilot project in Rombaden. Then comes the real thing, the major task: Berlin. With his two brothers killed by the Germans, Sean battles a great hate which is almost eradicated by his love for Ernestine Falkenstein, the niece of the anti-Nazi German patriot who has returned from a concentration camp to lead his people under the four power occupation as Oberburgermeister of Berlin. But in the end Sean must walk away. The canvas is covered with numerous figures: the Amis who renounce plush, well paying jobs at home to fight the good fight; the Russians of varied stripe from the fanatic Azov to the human Igor Karlovy who sees his German mistress to safety in West Berlin but will not follow for love of his country, to Heinrich Hirsch, who defects out of conscience; the Germans, ranged from resurgent Nazis and Germans broken to Communism to the patriot Falkenstein. Uris carries his story through the Blockade and airlift to 1949, its success and the premise of continued occupation by the West. It is in a sense a story without a definite end, and as Sean fades out, so too will the novel which is strong on background and moments of contact but has little cumulative power. This will attract Uris' established audience but not add to it. A Literary Guild selection.