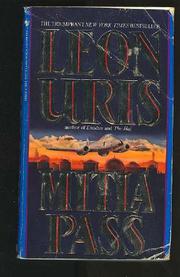 A big breast-beater of a book about how one man vanquishes the demons devouring his soul. This foray draws heavily on the writer's own life, his experiences in Hollywood, and the Jewish immigrant heritage that by turns drag him down and, when finally confronted, allow him to realize himself. When the story begins, Gideon Zadok is a writer seeking to break through a painful block by joining the Lion Battalion of the Israeli Army in its surprise attack at Mitla Pass during the 1956 Sinai War. Gideon has pulled along his wife, Val, and their two daughters, leaving them in Rome as he attempts to maintain the tense truce that is his marriage. Val wanted Gideon to sell out to Hollywood after the success of his first book, Men in Battle (about his experiences as a marine in the Pacific), but Gideon shook himself free from Mammom to research a book on Israel. Once there, he continues his extramarital ventures, started back in Hollywood, by taking up with an aide to Ben-Gurion, Natasha Solomon. Meanwhile, just before the Sinai invasion, Uris freezes the action to launch into a long flashback through several generations of Zadoks wandering across Russia, the Holy Land, and, finally, America. Gideon's mother and stepfather, a communist labor organizer, give him a peripatetic and mostly unloving childhood, leavened only by his relationship with a grade-school teacher who deserts him to fight the Fascists in Spain (where she gets Hemingway to drop him a line about the rigors of writing). Gradually, Gideon's problems come clear: he feels worthless and unloved. Then, with the Egyptians blasting away at the Lions at Mitla, Gideon spills the beans about his experiences in WW II, when, he fears, he caused the death of his best buddy. He does much better at Mitla; and just before he tells Natasha goodbye to join his wife in Rome, he absolves himself of his guilt, presumably going on to write a magnum opus. Unfortunately, this is too fragmented and self-involved to be Uris' own magnum opus; nonetheless, it has flashes of dramatic vividness reminiscent of the writer at his Exodus and Trinity best.