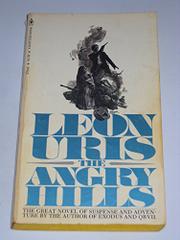 An overactive adventure tale hustles back and forth between the lines during the German invasion of Greece, down into the Underground- and up against some enemy espionage when Mike Morrison, an uninvolved American, is given an envelope by a lawyer, Stergiou, in Athens to be delivered in London. With the death of Stergiou and his two contacts in Intelligence, who have ordered him to carry on, Mike is caught up in the enemy attack, is sheltered- and nursed- by a Greek peasant girl, and then escorted to Athens by the lovely Lisa, a resistance operator whose children are now in the hands of the Germans and who has been promised their security if she will collaborate. Mike, taken by the Germans, rescued by the Underground, finally bargains for Lisa- and her children, and they escape on a British submarine in time.... The spectacle of attle Cry subsides to a small skirmish of one man's mission which should find a safe conduct largely to the mystery-adventure market.