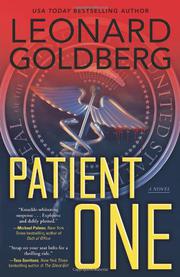 An emergency-room doctor must use all his considerable skills to save the president and the nation from disaster.

Dr. David Ballineau is called back to the hospital when a large group of people, including the president and his family, are taken to the ER with what appears to be severe food poisoning after a dinner for the Russian president. When the Secret Service demands a secure private area for the dignitaries, they are taken to the ritzy Beaumont Pavilion, and almost all the other patients are moved to other areas. David, the president’s doctor, and experienced nurse Carolyn Ross quickly realize that the president’s excessive bleeding is due to something more than poison. As they struggle to contain the bleeding while waiting for the arrival of the president’s rare blood type and plasma, the Pavilion is suddenly seized by Chechen terrorists who murder all the security agents and announce they are holding the world leaders as hostages for the release of their fellow terrorists. David, who had been in the special forces, hides in the ceiling spaces and drops notes of medical advice to Carolyn, who is stretched to the limit trying to help the president and the other ill patients without new supplies. David uses his cell phone to keep the Secret Service up to date while the vice president and her team struggle to come up with a rescue plan. David and Carolyn play cat-and-mouse with the cold-blooded terrorists, who are willing to kill anyone but the president to achieve their ends. Even after David is wounded and captured, he continues his desperate attempts to thwart the terrorist plot.

Goldberg, a clinical professor at UCLA Medical Center, has the expertise to provide an exciting medical thriller. This fast-paced departure from his Joanna Blalock series (Lethal Measures, 2000, etc.) provides all the excitement, intrigue and danger you could ask for.