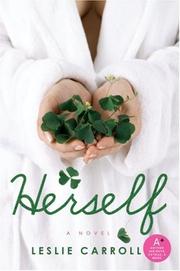 Successful speechwriter freshly jilted by her politician lover has her life transformed by a soulful man she meets on an Irish vacation.

As the most devoted player on Congressman David Weyburn’s reelection team, Tessa Craig can be counted on for her discretion. She has come to accept her behind-the-scenes roles, both as David’s head speechwriter and his secret girlfriend. But when a scandal regarding David’s sexuality erupts, followed by a health scare, he breaks it off with Tessa romantically, while retaining her as an employee. Devastated, she books a trip to Dublin, hoping for some time to think. On day one, she meets Jamie Doyle, a fisherman and Star Trek fanatic who shows her the Emerald Isle. The two grow close, with a smitten Jamie opening his heart to her in ways the narcissistic David never could. Their affair hits a snag when David shows up to woo Tessa back, only to dump her again. When Tessa returns to New York, Jamie follows and crashes on her couch. Once nested, he shows no interest in moving to his own place. Instead, he finds a job and takes steps toward fulfilling his dream of owning a pub—and pretty soon Tessa falls for him. Their domestic bliss is compromised by the arrival of his mother, Maureen, and sister Brigid—a fledgling nun. Maureen is determined to bring her 40-year-old son back to Ireland, and away from his Jewish lady friend. Meanwhile, David suffers a heart attack, prompting Tessa to run for his political seat. Tessa juggles Jamie, his family and her political opponent as the story moves toward a warm and fuzzy election-night finale.

Carroll (Spin Doctor, not reviewed, etc.) overreaches in her exploration of political and cultural hot-button issues, but the upbeat romance is right on.