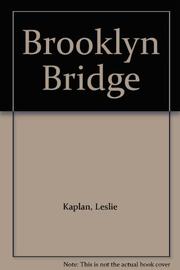 First published in 1987 in France, Kaplan's drifting, pointillistic attempt to evoke four New Yorkers' existential angst may strike American readers as more comic than elucidating with its quasi-meaningful juxtaposition of ghetto blasters with abrupt, inexplicable sexual battles among white people. Translated by a French psychologist and novelist impressed with its ``subliminal violence and disturbing beauty,'' this paper-bound film noir is unlikely to inspire a fan club here. They met in Central Park one Sunday: Julien, a handsome rogue with a mysterious past; Anna, a sensible single woman with a job at a school; Mary, a boutique saleswoman and young mother; and Chico, a passionate Latin American waiter. What connects them from their first meeting is their fascination with Mary's young daughter, Nathalie—a generic character whose youth, rather than any innate personality, serves to unleash the adults' own deepest fears and hopes suppressed since childhood. The four adults pair off—Anna with Julien, Chico with Mary—and spend several fragmented, sporadically tortured New York seasons together, sharing parties and breakfasts and trying to ignore Julien's increasingly unhealthy love for Nathalie. ``Do you know the Brooklyn Bridge?'' Julien continuously demands of Nathalie and the others. ``On this bridge...you see the sea and the city and it gives you a fabulous impression. The world, the world is a cathedral.'' The statement is supposed to mean something—but Julien's friends fail to heed the message, caught up as they are with such obsessions as Mary's: ``You feel it, at that very moment,'' Mary says of her daughter, ``...she's completely calm, on her back, she's waiting, you can feel it, she's waiting for something from you, she's eagerly waiting and, at the same time she's giving to you, as well, without saying anything, she would like to give to you.'' French postmodernism and the Brooklyn Bridge? Something was lost in translation.