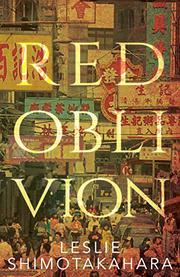 An architect returns home during a family crisis and uncovers devastating secrets about the father she thought she knew.

Novelist Shimotakahara (After the Bloom, 2017, etc.) tells a heartbreaking story in which the past haunts the present and bleeds into the future. Jill Lau, an architect living in Toronto, returns to Hong Kong with her sister, Celeste, to hold vigil at the bedside of their dying father. Ba, an iron-willed but distant patriarch, is a wealthy man with impoverished beginnings in Guangzhou, China. He never revealed how he found his way to Hong Kong after the Cultural Revolution or what he had to do to climb out of poverty. His hidden past invades his hospital room just when he is becoming too weak to fight the old battles. "The past, or his memory of the past, is largely absent, drained of emotion. All that remains are a few cold images. Where one expects to find yearning, one confronts instead a desire not to look at anything too closely.” Celeste returns to Canada, but Jill stays on in the family apartment. She becomes curious about her father’s background when a mysterious package arrives. Jill eventually returns to the distant village where everything changed when her father made desperate choices and settled long-simmering grudges. Shimotakahara is adept at portraying the otherness of living in two worlds while belonging to neither. She deftly articulates the many ways human beings can justify wrongdoing if it leads to a good outcome, describing the inconceivable with nuance while conveying both shock and banality.

Shimotakahara displays virtuosity in this subtle deconstruction of one family’s tainted origins.