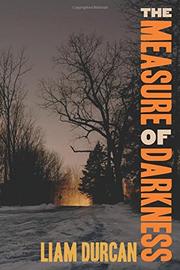 THE MEASURE OF DARKNESS

An architect who's been injured in a car accident must piece together the roots of his despair.

Canadian neurologist Durcan (Garcia’s Heart, 2009, etc.) continues his explorations of the human mind with this spare, ethereal novel about a man who loses his ability to perceive the world as it is. In it we meet Martin, a much-admired middle-aged architect who's just emerged from a coma following the accident. His older brother, Brendan, a retired veterinarian, has chosen to set aside long-held family resentments to come care for his sibling. The author has given his protagonist a jarring condition called “neglect syndrome,” which leaves the victim unable to perceive space or stimuli on half of his body yet also unaware that his perceptions are compromised. For a man who builds in three dimensions, this is a crippling blow. We also learn that Martin has been bought out of his own firm, but he can't remember how or why. In icy prose that belies its emotional weight, Durcan turns Martin’s grief into a mystery. Why was the architect parked on a snowy Quebec roadside when he was struck by a speeding snowplow? Why was there a brand-new roll of duct tape and a garden hose in his trunk? Durcan also gives Martin an obsession with real-life Russian architect Konstantin Melnikov, best known for his refusal to conform to Stalinist architectural mandates. The book's language is poetic, but it's underscored by the story’s spooky mood and emotional authenticity. “Had he been in the midst of ending his life or refusing to do so?” Durcan writes. “For Brendan, understanding what had actually happened to his brother was reduced to a dilemma—binary, existential and unknowable now that the only person who truly knew had had his intention scraped clean by the blade of a snow plow.”

A deft exploration of the heart and mind that offers the pathos of a Sam Shepard play nested within the unreliable storytelling of Christopher Nolan’s Memento.