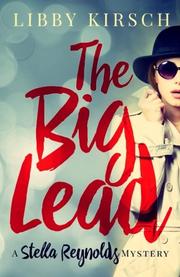 Stella Reynolds is desperate. She needs a job, and her only option is a tiny TV station in Bozeman, Montana, far away from the glamorous life of a big-city reporter. The hours are long, the equipment is ancient, and newsworthy stories are few and far between. As she begins to learn the ropes of her new job, she chases a story that has the potential to launch her to bigger and better things. While her colleagues cover animal adoptions at the Humane Society and the buffalo situation in Yellowstone National Park, she manages to stumble across an unexpectedly juicy story involving a double murder. It’s big news, but the sheriff’s case against the prime murder suspect is weak, and there’s something fishy going on with the investigation. It soon becomes apparent that the deaths are only the tip of the iceberg; there’s an even bigger story out there involving a conspiracy that could bring down local, state, and federal authorities. Stella follows the trail, assisted by her co-workers and a potential love interest from a competing network. Kirsch’s novel is full of humor, mystery, and romantic tension. The story is well-paced, deftly balancing action with moments of suspense and discovery. Stella is a wonderfully relatable protagonist who spills coffee with startling regularity yet manages to maintain an air of composure when covering stories. Kirsch’s own journalistic background lends an authenticity to the tale, and Stella’s on-screen flubs, embarrassing moments, and small-town reporting feel legitimate. Solid supporting characters offer additional interest, especially Stella’s acerbic co-worker Vindi. Although readers will appreciate the presence of John, the handsome love interest, the rapport between Vindi and Stella brings a little girl power to the classic Holmes/Watson–style relationship.

A light, enjoyable murder mystery that marks the beginning of a promising new series.