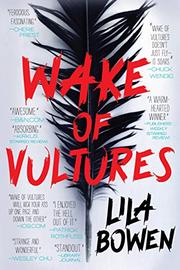 From the The Shadow series, volume 1

A fantasy set in a Wild West populated by plenty of vicious monsters—and one unwilling heroine.

Nettie Lonesome isn’t a slave. Not exactly. But the people she calls Pap and Mam don’t treat her like their daughter, either. So when a stranger shows up, attacks her, and then poofs into a pile of sand when she stabs him in the chest with a twig, she has no one to turn to with her questions or her fears. And when her friend Monty gives her a chance to join the bronco wranglers at a neighboring ranch, she jumps at the opportunity to change her life. But the hidden world that stranger introduced her to won’t leave her alone, and she soon finds herself on the run from all manner of monsters, trying to live up to a destiny she isn’t too keen on. Nettie is a lively, ornery, unconventional heroine who rises to each fresh challenge with a believable mix of fear and determination. Half-black, half-Indian, and wholly confused about her gender and sexuality, she’s a misfit who has to learn how to trust others—and herself. Debut novelist Bowen has created a fascinating, textured Wild West world. The monsters are gruesome, the battles are bloody, and the pace of this story never flags.

Readers will love this absorbing fantasy adventure (the first in a planned series) and its strong, dynamic heroine.