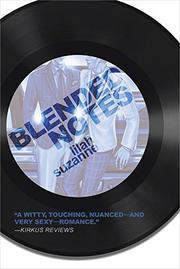 A country music star faces industry push back when his label disapproves of a love song written for his soon-to-be husband, and suddenly his career, his relationship, and his happiness seem shaky.

After growing up in a trailer park, Grady Dawson has become a country star, and despite his raucous past, he has settled into a relationship with celebrity stylist Nico Takahashi. The two are planning their wedding, and Grady has just submitted a single to his record label he thinks is really good, so he’s feeling on top of the world, until news of their wedding leaks—after they’d agreed to keep it top secret, since his celebrity can be a stressor for Nico—and the label pressures Grady to change the lyrics to be less “personal” (i.e., not directed to his male lover), all of which strains Grady’s career and their relationship. Meanwhile, Grady—who was raised by his grandparents—discovers his father is dead and his mother would like the opportunity to reconcile, casting him into even more of an emotional tailspin. A few overheard and misconstrued conversations exacerbate the situation. Thankfully Grady has rock-steady friends and a devoted lover who help him navigate what he values and what he’s willing to sacrifice in order to pursue happiness and authenticity. Author Suzanne continues Grady and Nico’s story (Burning Tracks, 2016, etc.) in a sweet, believable way—with some very hot sex scenes—though Grady’s frequent hand-wringing insecurity about their relationship, which Nico is continually reaffirming, occasionally makes the story drag.