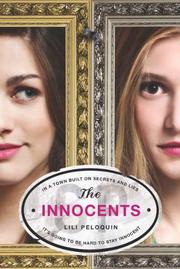 It’s dangerous when a novel references The Great Gatsby; it only begs unfortunate comparisons.

Sensible Alice and rebellious Charlie have just arrived at the Connecticut shore after a whirlwind romance between their just-divorced mother, Maggie, and a filthy rich architect, Richard. It takes no time for them to be caught up in the dreary intrigues and festering secrets of the 1 percent. Charlie hurls herself into the country-club world of their new stepfather, connecting almost instantly with a creepy-yet-charismatic pair of cousins, the dissolute Jude and bitchy Cybill. Alice, though more resistant to the allure of luxury, is drawn to the ruggedly handsome Tommy, whose most recent girlfriend just happens to have been Camilla, Richard’s late daughter, who committed suicide the year before and who bore an uncanny resemblance to—gasp—Alice. Charlie drinks and acts out; Alice alternately moons over Tommy, obsesses over Camilla and questions Maggie and Richard’s past. While Peloquin isn’t a bad writer—her control over a shifting third-person voice that captures both Alice’s reserve and Charlie’s attitude is particularly effective—Fitzgerald she ain’t. Readers will particularly wonder at the unfulfilled role of green-eyed waiter and scholarship student Stan in Charlie’s love quadrangle—until they get to the end and realize that the entire book has been an elongated setup for a series. This Side of Jealousy is scheduled for summer 2013; here’s hoping the characters develop some substance between now and then. (Chick lit/mystery. 12-16)