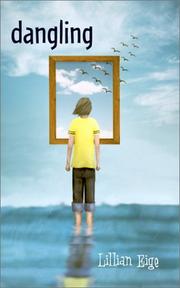 Eleven-year-old Ben has acquired a best friend with a somewhat mysterious past. Although he likes and admires Ring, an unusual boy who quickly shakes up his placid life, Ben realizes that Ring is extremely grudging with details about his history before he and his parents moved to town. Ring, tall and skinny, as opposed to Ben, a self-described runt, is an avid bird watcher, an enthusiastic runner, and has an uncanny ability to charm those around him—both adults and kids. Events inexplicably come to a head when Ben, Ring, and their families spend the afternoon having a picnic on a pretty spot next to the town's river. After lunch, Ring walks to the bank of the river and keeps walking until the water covers his head. Even after a week, Ben refuses to accept what must seem obvious to everyone else—that Ring has drowned. But when Ring's parents disappear, too, Ben suspects that something is up. And when Ben hears a TV news report about a runaway boy who's been spotted hitchhiking on the highway, Ben is sure that Ring is still alive. Although the plot is implausible and many of the secondary characters too deliberately colorful and quirky, Ben is an extremely appealing and engaging narrator. Young readers will identify with him, a much more realistic character than the idealized and overwritten Ring. Certainly not a "must have" for the middle-grade library, but an interesting enough story. (Fiction. 10-13)