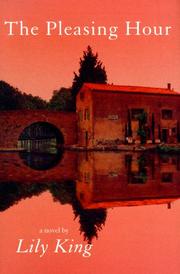 An intriguing but fractured debut about a downhearted American au pair’s year in France: it’s intended as a retreat from pain but instead brings her awareness of the painful burdens others must bear, and for far longer than she has carried hers. Coming to Paris to live on a houseboat was like stepping into a dream for 17-year-old Rosie, even though Nicole, the mother of her family, was a daunting, cold beauty and Rosie’s French was pitifully poor. No matter. The business of shopping, preparing meals, and caring for the three well-behaved children of Nicole and Marc kept her from brooding over what she left behind in New Hampshire: a newborn, her own child, a baby she—d contrived to conceive in order to give to her infertile sister and her husband, only to have a change of heart after the boy was born. As months pass and her involvement with her host family grows, Rosie ponders the dynamic between Nicole and Marc, a successful but less glamorous doctor who seems to have little in common with his wife. An Easter holiday in Spain loosens everyone up, but for Marc that means increasing his appreciation of Rosie, and they find too much time to be alone. Discovered holding hands by the youngest child, Rosie tries to bury her feelings for Marc and make amends by offering to care for Nicole’s dying aunt, who lives in the southern village Nicole left in her youth and never returned to. Rosie flourishes in her new surroundings while learning the sad story of Nicole’s family, and when Nicole decides to pay a visit finally to her birthplace, to lay to rest the ghosts of her past, it is Rosie she chooses to accompany her. The central character’s complexity and many of the descriptive details are pleasing, but the plotting here has more artifice than artfulness, one consequence being that the children are fleshed out in the beginning only to be cut loose in the end.