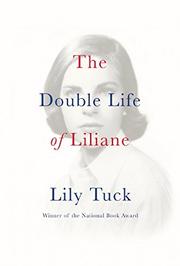 THE DOUBLE LIFE OF LILIANE

A ton of factual information complements the fiction in National Book Award winner (The News From Paraguay, 2004) Tuck’s sixth novel, a family history in mosaic form.

It’s 1948. Eight-year-old Liliane, an only child, is flying from New York to Rome to visit her divorced father, Rudy. The history of Rudy’s Roman neighborhood is spelled out in detail to distance us from the characters, just as Rudy, a movie producer awkward around kids, is distanced from his daughter. German by origin, French by choice after moving to Paris, Rudy is a nonreligious, assimilated Jew. His half-Jewish ex-wife, Irène, was also German originally; now she's American and newly married to Gaby, an investment banker and WASP. With her father, Liliane speaks French, while in America, fearful of the foreigner label, she speaks only English: this is her double life. Dislocated lives are the essence of this novel, which approximates Tuck’s life just as the name Liliane approximates Lily. It jumps around in time and place. The outbreak of war in ’39 sees Rudy taken prisoner and Irène fleeing Paris with baby Liliane, to be reunited much later in Peru; but Tuck has no interest in exploiting these dramatic moments. She also zips past Rudy’s nemesis, his villainous brother-in-law, and Claude, “the love of Irène’s life.” What matters is arranging the lives of the leads, and their ancestors, on history’s canvas; context, such as Hitler’s rise to power, is all-important. What’s problematic, though, is Tuck’s dragging in real-life events (the notorious Career Girls Murders in 1963 New York; the Mau Mau uprising in Kenya) without seeming justification. Liliane’s own story, overshadowed at first by that of her sensationally beautiful mother, takes shape quite late, as she turns her instinct for fantasizing into a beginner’s novel.

Metafiction that pleases and frustrates in equal measure.