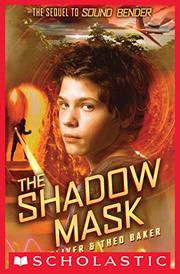 From the Sound Bender series, volume 2

Newly orphaned, forced to live with an uncle he never knew he had and trying to cope with a strange new ability to hear the past, Leo’s suffering more than normal teen angst.

Leo Lomax and his brother, Hollis, were first introduced in Sound Bender (2011), in which Leo discovered how to experience other dimensions simply by touching key objects. Uncle Crane is determined to use Leo to his own ends, counting on Leo to find rare objects of antiquity that he can convert to hard currency. It doesn’t matter that Leo wants no part of it; Uncle Crane will force his compliance by separating him from his younger brother, his school and all his friends. Leo finally agrees to help find a missing tribal mask but only if Crane agrees to finance a search in Antarctica to find out what really happened to Leo’s parents. The result is an immediate departure for the deep jungles of Borneo, where he finds a lot more than he bargained for. Leo’s character has matured, and this sequel is better than its predecessor. However, the adventure remains murky and not all that intriguing, although the brief attempts at humor help to move the story forward.

It’s clear there will be a third installment, which may help to clarify what all the fuss is about…or not.