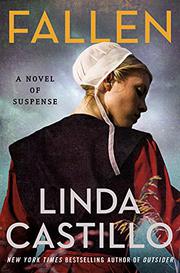 On hearing that Rachael Schwartz has been found viciously beaten to death in a Painters Mill motel, Police Chief Kate Burkholder remembers her as an adventurous child she used to babysit and a rowdy teen unsuited for Amish life. Rachael had recently written a book on the Amish that added new enemies to the ones she’d made with her wild ways, but it’s still hard to imagine who could hate her enough to batter her to death. Kate visits Rachael’s childhood friend Loretta, who still kept in touch with her and whose horse-crazy daughter reminds Kate of Rachael. Even though Loretta always seemed too shy to make a good friend for Rachael, their youthful bond still endures, and Loretta’s reluctant to talk about Rachael and their shared past. Kate enlists the Ohio Bureau of Criminal Investigation for help in processing the scene and checking out all the leads. Rachael had done well for herself but seemed to be living above her means and certainly hadn’t mellowed with age. Kate, who’s fallen from Amish grace herself, identifies with Rachael in a visceral way that makes the case special for her. Acknowledging that someone from her present life may be the killer, she still believes the answer lies in the past, and her hunch is borne out when shocking secrets come to light that roil the community and put her own life in danger.

Another dive into the past to solve crimes among the Amish that explores the group's tense relationship to the modern world.