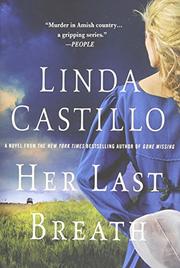 A small-town Ohio chief of police is haunted by the past.

Kate Burkholder used to be Amish; now she has a job she loves and a tentative romantic relationship with John Tomasetti, who is with the state Bureau of Criminal Identification and Investigation. Tomasetti has just bought a fixer-upper farmhouse near Kate and wants her to move in with him, but Kate is unable to commit. When Amish farmer Paul Borntrager and two of his three children are killed in a hit-and-run, Kate is devastated. Although she has not spoken to Paul’s wife, Mattie, in years, she used to be Kate’s best friend, and all the happy memories of their formative years come rushing back. The accident investigator determines that whoever hit them made no attempt to stop, and evidence gathered from the scene indicates it was a coldblooded murder. All the Borntrager children had some genetic disorders, not uncommon in the Amish, who have a small gene pool, and the surviving child does not remember much. Kate is grimly determined to find the killer, but suddenly, a major problem for her comes to light when some children playing in a deserted mill find a body reduced to bones. When Kate was 14, she killed a neighbor's son who was trying to rape her, and her publicity-averse Amish family covered it up by burying the body. Tomasetti knows about it and assures Kate the crime will never be traced to her. Despite her fears, Kate works around the clock on finding a motive for the deaths and discovers some ugly truths about her quiet town.

The fifth in the series (Breaking Silence, 2011, etc.) continues to provide details on the Amish way of life along with a fast-paced mystery that will leave readers stunned.