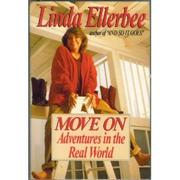 Adventures in the Real World

In the best-selling And So It Goes (1986), Ellerbee chronicled her career in TV through her tenure at NBC News. Here, she ranges loosely over events preceding and following those years and also includes some essays/meditations on love, the politics of the Sixties, the changing role of women, and the meaning of life as distilled at its midpoint by this survivor of ``five networks and four marriages.'' Television, not surprisingly, emerges as Ellerbee's lifelong demon-lover. She deplores what TV has done to family and social life-replacing discourse, turning lazy, generous holiday dinners to rushed preludes to the kickoff. What it has done to political life is equally damnable, she argues, making campaigns into ``jumping frog contests.'' TV has also, she says, debased the standard of literacy in this country; and yet Ellerbee sees the medium as a major force for political change and mass education. In a more personal vein, she talks about her idealism-a summer waitressing job as a teen-ager when she first discovered radical ideas and activism, the excitement of the Sixties when it seemed the world could be changed by partying. She describes the aging and tarnishing of that idealism through divorces and career disappointments, and her attempts, in her 40s, to polish it all up with alcohol, which put her into the Betty Ford Center. The Maxwell House episode, in which Ellerbee was widely criticized for appearing in a commercial set up like a newscast, is defended as a last-ditch effort to save her fledgling production company- only a boob, she maintains, would have mistaken the news-show set and her reportorial delivery for actual objective broadcast journalism. Some funny lines coexist here with some sentimental clunkers, while incisive observations share space with clichÇs and ramblings. Grit admixed with gold, then, worth sifting through.