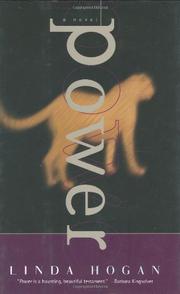 Before her time, a 16-year-old Native American girl is thrust into adult turmoil as the only witness to the shooting by her best friend of an endangered Florida panther, in Hogan’s (Solar Storm, 1995, etc.) latest complex exploration of Native ways and the environment at risk. Omishto (a Taiga name meaning “One Who Watches”) is one of the last of her tribe, and though only an adolescent she’s already experienced many horrors: her older brother burning to death, her stepfather’s physical abuse and lust, her mother’s desperate, self-destructive effort to pass as white. When a hurricane comes along, flattening the land and trapping her outside, she sees deer flying and Methuselah, a tree dating from before the Spanish arrival, uprooted. After the storm, nothing seems the way it was before, so when her friend and protector Ama—like Omishto, a member of the Panther Clan—takes her on a trek through the devastation to find and shoot the panther Ama calls “Grandmother,” the hunt seems as unreal as everything else. Reality hits home only when Ama is arrested and tried for the killing, and Omishto is called to testify. Ama is found not guilty, but she then has to face an even more harrowing trial: that of the tribal elders, who accuse her of trying to gain spiritual power by killing a sacred animal. Omishto, who must testify before the elders, finally begins to understand why her friend acted as she did—but she’s sworn by Ama not to say why. Because of that, Ama is