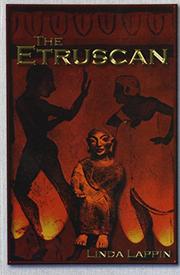 In this haunting literary gothic novel, American photographer Harriet Sackett barely escapes with her life after traveling to a small Italian village.

After a disappointing love affair, Harriet journeys to the country village of Vitorchiano to research and photograph Etruscan tombs. She rents a farmhouse from the mysterious Count Federigo Del Re, resident of the nearby run-down castle. Harriet’s letters–with their romantic descriptions of the charming farmhouse and surrounding countryside–intrigue her closest friend Sarah. But when Sarah, her husband Stephen (also Harriet’s cousin) and George, a family friend, encounter Harriet a few months later, they find her drastically changed. Sarah thinks Harriet’s bewitched, and Stephen decides to send their trusted housekeeper, Mrs. Parsons, to look after her. Mrs. Parsons finds Harriet on the brink of insanity, in a dark and dank place bearing no resemblance to the enchanting cottage described in the letters. The only clue to what has transpired is Harriet’s diary; Stephen and George try to verify the facts contained in the diary, with little success. Readers will devour the tantalizing words of the diary and will become absorbed in guilty, voyeuristic fascination as Harriet describes her increasing obsession with the Count and the terrible consequences. Considering Harriet’s state, the friends are unsure how much of the diary is real and how much is the product of a mind skirting the edges of sanity. As the unraveling of Harriet’s mind is revealed, so to are the secrets between Sarah, Stephen, George, Mrs. Parsons and Harriet, which are no less fascinating than the diary. Mystery, fear, betrayal and uncertainty abound as Harriet’s story unfolds against the backdrop of Etruscan tombs and cemeteries. Influenced by D.H. Lawrence’s travelogue Etruscan Places, Lappin elegantly brings the characters, Italian countryside and surroundings to life in vivid, engrossing prose.