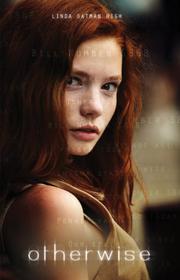 From the Gravel Road series

In short free-verse lines with occasional rhyme, a narrator of unspecified gender explains that Pennsylvania has just become the final U.S. state to pass this legislation, and “in 30 days / this will be our law: / No Gender Specified.” Under the new law, everyone must shave their heads, wear body-shaping suits, take voice-altering medication and avoid asking names of other people. When the narrator, who takes the name Spark (unisex names are, apparently, acceptable), meets Whistler at a campground, the teens are instantly drawn to each other. Descriptions of the pair’s desire for each other are moving, but basic plot questions remain confusingly unanswered: If the law is not yet in effect, why can’t Whistler know Spark’s gender? How does the government plan to enforce its ban on love and sex for young people? In light of young people’s increasing awareness of transgender experiences, the idea put forth here that knowing the shape of someone’s physical body reveals the person’s true gender feels both dated and simplistic. And with no discussion of how sexual orientation works in a unisex world, the book feels oddly out of step with readers’ current reality, in which social and legal acceptance of same-sex marriage is becoming the norm.

More likely to confuse than to provoke thought.