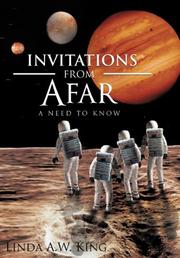 A sci-fi novel, King’s debut, about a secret space mission.

After a monthslong mission, the solar ship Copernicus is on its way home—at least until the crew is informed that their ship is in danger of being destroyed by a bomb headed into their flight path. With a little over 24 hours to figure out a solution, the situation is dire, complicated by the fact that the mission is a secret. Or it is to most people. Rumors circulate amid the public about the nature of the expedition as well as potential problems with the crew: Maybe the four returning astronauts are contaminated or their youngest member, 20-year-old Jana Novacek, is in some way a master villain. As Jack, captain of the Copernicus, is informed, “Several papers and TV commentators continue saying the most vicious things about her.” Deciding to transmit directly to the people of Earth, the crew explains the nature of their mission and their subsequent findings. It is decided that Jana will read the detailed journal she has kept, one that follows her story from her selection for the mission, through her training and to the surprising discoveries the team has made. Alternating between Jana’s narrative and the calamities incurred in trying to save the Copernicus, the story is one of complicated machinations and a young woman’s thirst for exploration. Details of Jana’s training can prove sluggish, as with her excitement over a computer expert: “Since so much freedom in a formal learning situation still was a novelty to me, I continuously exerted the effort to behave respectfully toward such a brilliant and generous man.” However, readers will be intrigued by the many questions percolating around the endangered solar ship. What is the true motivation behind a secret journey deep into space? Why is a foreign government “financing in excess of 80 percent of the mission”? Does someone want to murder four seemingly innocent astronauts? While the answers may not be quite as dark as some readers expect, the book maintains steady tension through to its emotional conclusion.

Kept alight by a dangerous race against time and a fair share of surprises, this lengthy book makes for an exciting voyage into space.