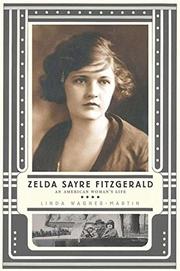 Another analysis of the Zelda-and-Scott train wreck, this one heavier on feminist psychology, lighter on quotidian detail.

The prolific Wagner-Martin (Sylvia Plath, 1999, etc.) doesn’t offer much that’s new in her narration of one of the saddest stories of the last century; for that, see Sally Cline’s much more richly detailed Zelda Fitzgerald: Her Life in Paradise (2003). The author acknowledges that much of the Fitzgeralds’ story can’t be known because both principals told self-serving versions of their troubles; correspondence is missing, and even the remaining documents (e.g., Scott’s ledger) offer only dubious, unreliable evidence. So Wagner-Martin’s approach is to include commentary—sometimes piquant, relevant, and enlightening, sometimes not—by an assortment of psychologists and psycho-theorists, from Jung to Jean Baker Miller to Marilyn Yalom to Jane Ussher. (An annoyance: sometimes the quotations are unattributed in the text, forcing the curious reader to search the endnotes for the source.) From these folks we are supposed to learn more about how women are affected by pregnancy, how the death of a parent can hurt, why alcoholics drink, what schizophrenia really means. The technique is generally obtrusive and unsuccessful. Wagner-Martin emphasizes Zelda’s early life as a cosseted child and a southern belle (she was the unconventional teen-queen of Montgomery, Alabama) and declares, a tad unfairly, that previous biographers have not recognized the significance of these years. The author also highlights Zelda’s talents as a dancer—better than either her husband or her critics have acknowledged—an artist, and a writer, at one point waxing effusive about the “sonority” and “tonal pattern” of her prose. And Wagner-Martin provides a good account of the double narrative Scott and Zelda provided her doctors in May 1933, a bizarre and heart-wrenching confrontation that runs 114 pages in the typed version of the stenographer’s record. When an angry Scott calls her a third-rate writer and dancer, Zelda replies, “You have told me that before.”