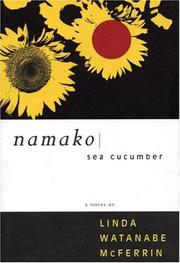 A multiracial girl, Asian-American, lurches to maturity and understanding with the help of her Japanese grandmother. Wise grandmothers are a familiar staple in fiction: Keepers of the ancestral flame and secrets, they are expected to instruct the young in family lore, and Ellen’s does just that, but it takes a while. Ellen, the eldest child of Scottish father Gene and Japanese-British Sara, has a lot of issues to work through before she can love her ailing grandmother. The family, which has never put down roots anywhere, moves to Japan from the US when Sara learns that Gene is having an affair, an affair that Ellen is also aware of. Just ten when she first meets her grandmother, a former actress, she’s chagrined to be described by the old woman as someone without a soul. She lives with her grandmother, who teaches her Japanese legends and customs, until her parents buy a house on a northern island. There, though Ellen still feels like a sea cucumber—a protean and unfixed life-form’she adjusts to living in a strange country. She goes to school; discovers she’s artistic; draws naked women for her repressed science teacher, who befriends her; watches her two brothers fight with American boys from the military base, one of whom spitefully slays the family pets; and comes to feel increasingly connected to her grandmother and heritage. This connection is affirmed when the grandmother dies while traveling with Sara and Ellen to their ancestral house. There, the grieving Ellen is visited by a spirit who cheers her by promising that truth endures for the pure of soul. A overwritten first novel, more like a series of set pieces, that hints at deeper issues—family lies, secrets—but never really digs below the surface to mine them. Despite the Japanese setting, an undistinguished coming-of-age tale.