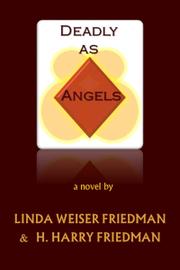 Helene Stoner, a young, troubled girl, turns up dead at the Port Authority Terminal in New York City, mysteriously murdered. Her estranged father, Harcourt T. Stoner, an affluent baron of business, recruits two private investigators, Jessica Horowitz and Matt Redman, to find the killer. Autopsy results reveal that Helene gave birth to a child, and Harcourt wants them to track the kid down as well, if he or she remains alive. Meanwhile, Redman, a computer security expert, helps the IRS determine the source of a corrosive virus running rampant through its technology. The pair uncover a connection between Helene and Estella Malkin, a psychologically unhinged contract killer, who unfortunately dies before she can disclose any useful information. But Horowitz and Redman discover that Estella had donated significant sums of money to a charitable organization called Helping Hand Home, which provides assistance to erstwhile prostitutes and wayward girls. This leads them to a cultish organization in New Hampshire run by a charismatic leader, whose mission in life seems to be to prey upon vulnerable young women. The two parallel stories—the murder of Helene and the virus decimating IRS computers—finally converge in an unpredictable twist. It’s remarkable how much is packed into what is essentially a novella, but the price of unpredictability is a plot riddled with convolution and implausibility. The banter between the two protagonists can be genuinely sharp and funny, highlighting the barely suppressed romantic magnetism. They form an unlikely pair—she’s a Jewish ex-cop and he’s a black military veteran—but their chemistry is palpable. The dialogue sometimes reads like a parody of old pulp fiction mysteries, overwritten and excessively cute: “ ‘Freeze,’ Boris snapped. Matt was still trying to look up her tank top. ‘Or do you vant to choin your spirit friend, Zimru?’ Boris’ face did not inspire chumminess. Neither did the gun in his hand. She froze.” The pace is unyielding, and the authors manage to turn grim topics—murder and the systematic exploitation of young women—into fodder for comedy. This is a fun, if uninspired, iteration of a shopworn genre.