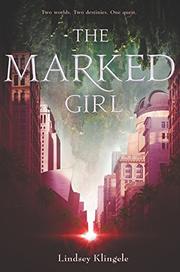 A teen girl’s destiny crosses with that of a prince from another world.

In the parallel world Caelum, magic and monsters are real, and physically gifted Guardians—trained to fight the evil wraths—rule and protect. Then, in the middle of the night, crown prince Cedric is woken by wraths who have infiltrated the castle, neutralized the guards, and imprisoned the rest of the royal family. Cedric, together with his betrothed and a friend, only barely escapes through a portal to present-day Los Angeles, where they briefly encounter aspiring filmmaker and foster kid Liv. Two months later, Liv spots Cedric again and is dragged into his wrath-dodging life and quest to find the legendary scrolls that will enable the return to his world (and that story-savvy Liv openly declares “the MacGuffin”). The deeper Liv becomes involved with Cedric, the more she discovers that she might have a connection to the magic between the worlds after all—and the more she puts loved ones at risk. The pacing, punctuated by effective action sequences, keeps pushing forward at a good clip, but the story itself is downright predictable, with character-developing revelations and reversals right on schedule, an anemic star-crossed love triangle, and a sequel hook inevitable from the story premise alone. That said, the world-hopping magic will surely earn some readers’ loyalty. Some secondary characters aside, the cast is largely white.

Fast, light, and lacking in substance.