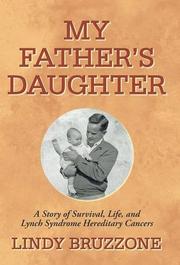 A story of resilience and resourcefulness while battling cancer and other adversities.

Bruzzone’s debut memoir begins with her father’s death in 1997. He’d battled multiple cancers over seven years, and among his final words was a warning: “They think it is hereditary.” This made sense to the author, as almost all the family members on her father’s side had suffered from cancer in midlife. “It was a puzzle,” Bruzzone says. She and her husband went on to found Lynch Syndrome International in 2009, and the condition it’s named after is now better known: it’s a predisposition to cancer, especially colorectal cancer, caused by genetic mutations that run in families. In this book, she sets out to tell “the story of my family and our genetic journey with Lynch syndrome cancers.” She succeeds, but her book takes a rather long, circuitous route. In the first 18 chapters, she relates many details of her childhood, including interstate moves, her mother’s struggle with drug addiction, and her own estrangement from both her parents. Cancer, including breast cancer on her mother’s side, is a common theme throughout but not the central focus. Bruzzone later delves into the history of hereditary cancers, going back to the time of Napoleon, and also touches on the history of eugenics while also asking why familial links have long been ignored. She concludes with a topical discussion of genetic testing, both in general and for her own children. At one point, she spends 10 chapters recounting details of her career as a corrections officer, parole agent, and private investigator. This provides gripping insights into many social issues, including the role of women in high-risk jobs. However, it does seem tangential. The key link throughout is Bruzzone’s courage and doggedness while dealing with medical clerks and physicians who failed to consider her family history or worsening symptoms of cancer. “I had never felt more helpless,” she writes about waiting for tests and appointments. She eventually finds competent doctors, but she ably portrays the stress—and sometimes harm—that the medical system caused her.

An important account of hereditary cancer, but it’s one that could have been much more focused.