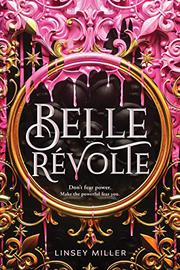 An aristocrat and a commoner swap places to realize their dreams.

In this French-flavored fantasy, magic is classified as either the midnight arts (illusions, scrying, divining) or the noonday arts (physical magic oriented toward military uses and healing). As using magic takes a heavy toll on the practitioner’s body, nobles make use of talented commoners as hacks: The hacks channel the magic and take the brunt of the damage while the noble artist directs it. While being packed away to a finishing school where she’ll learn the midnight arts, noble Emilie happens upon Annette, a poor girl who looks like her. Seeing Annette’s interest in the midnight arts, Emilie proposes they switch places, enabling Annette to utilize the education and freeing Emilie to pose as a commoner in order to apply to the university as a physician’s hack (with the goal of breaking the gender barrier and becoming a physician herself). The protagonists keep in contact through letters and scrying, build new communities, and get an up-close look at their society’s ills—injustices targeted by revolutionary figurehead Laurel. As they fall into revolutionary orbits, the girls uncover dark secrets, devious politicking, and get a taste of war’s casualties. Various types of relationships and sexualities are given positive representation, including powerful platonic relationships, multiple lesbian romances, and characters who are trans, nonbinary, and asexual. The protagonists are white; there are several brown-skinned secondary characters.