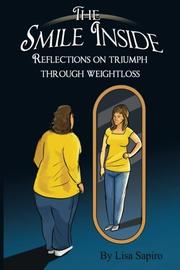 Sapiro, in her debut memoir, presents an autobiographical account of her decadeslong struggle with weight loss.

The author’s weight problems began at birth: She arrived premature, a full month earlier than expected, and didn’t gain weight as readily as most newborns. Her grandmother and parents did all they could to fatten her up, which caused her to associate food (and weight gain) with a smiling, encouraging family. By the time she entered second grade, she was far heavier than most girls her age, which opened the door to years of teasing and bullying. Sapiro describes a variety of childhood challenges, from dangerously high blood pressure to dressing-room disappointments. The author’s self-esteem suffered, and she began to eat more for comfort than any other reason. A 23-year-old Sapiro decided to change her life by having gastric bypass surgery, but she received inadequate education and professional guidance afterward, which made it less of a success than she’d hoped it would be. Finally, in middle age, she decided with her husband to improve her health through diet and exercise, and she soon began to notice changes. This account puts a sympathetic face on a condition that’s often demonized in modern society. Sapiro explains the environmental factors that caused her initial weight problems and effectively illustrates how obesity isn’t merely a matter of overeating. She also accepts a portion of the responsibility for her weight difficulties in early adulthood and discusses the stigma of gastric bypass surgery, which some people see as a way to “cheat” on weight loss. As she describes the postoperative work she put into changing her habits, however, she demonstrates that the option was anything but easy. She also helpfully includes sample exercise routines, quick tips and inspirational quotes at the end of the book for readers who might need a push forward.

A skillfully told memoir about an arduous weight-loss journey.

JUST TELL ME WHAT TO EAT!
by Timothy Harlan
Nonfiction

OKAY. . .I'VE GONE THROUGH WEIGHT LOSS SURGERY--NOW WHAT DO I DO?!
by Joanne M. Moff
Indie