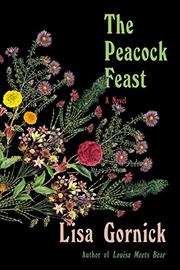 Two women, bonded by blood but more importantly by their experiences of crushing loss and retreat from life, find each other before it’s too late.

Synthesizing sensitive and soapy, Gornick’s (Louisa Meets Bear, 2015, etc.) fourth novel—a chopped-up chronology of a scattered family line—features Prudence O’Connor, age 101 in the present time of this multiera saga, but only 4 on the day of the family tragedy that the novel slowly disinters. Events are set in motion when Grace, Prudence’s previously unknown great-niece, turns up on the older woman’s Manhattan doorstep, bearing mementos from the past and news about Prudence’s brother, Randall, who quit the family for California when he was 14, some nine decades earlier. Prudence and Randall’s Irish immigrant parents were servants in the lavish household of glass artist Louis C. Tiffany, and although both Prudence and Randall marry “up,” Prudence never loses a sense of her humbler origins. Death visits the book’s pages regularly—a parent’s early demise; an abortion; a suicide; a fall into a ravine; a shooting; an execution. “What is the purpose of life?” asks Prudence, whose marriage to stiff, upper-class Carlton denies her children and who is too much “a coward of the heart” to grab happiness when it is offered. Randall, meanwhile, had a son, Leopold, the father to Grace and her twin brother, Garcia—another branch of the family tree marked by disappointment and pain. The deftness of Gornick’s talent is visible in the hints and glimpses of the past that puncture the rather more rote accounts of the passing generations. The family secret, when finally revealed, is less a surprise than a confirmation of what has been suggested and tidily connects the foundational dots—class, cash, death, regret.

Finely observed and ultimately redemptive, but the gloom and reticence are overwhelming in this old-fashioned, rather too visibly predetermined family drama.