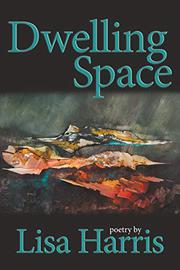 T.S. Eliot dedicated his landmark 1922 poem The Waste Land to his friend and collaborator Ezra Pound, whom he called “the greater craftsman.” It’s hard not to think that Eliot, in turn, is a huge source of inspiration for Harris’ latest work. Eliot’s poem famously opens, “April is the cruellest month […] stirring / Dull roots with spring rain.” Harris starts hers on a similar note: “Each month brings rain and emptiness, / blank skies, torpid melodies.” Harris’ work, like Eliot’s, is long; both are divided into five parts; and they share favorite images and themes—desert, rock, water, and divination, to name a few. However, Harris’ syntax is less tortured and her lines longer, which gives her writing a smoothness that even the modernist master sometimes lacked. And unsurprisingly, given the title, she’s much more invested in creating a fully developed sense of place. Harris builds arresting, intricate interior landscapes that both replicate and evoke exterior ones; here, for example, she describes an early-winter walk in the gray forest: “Black walnut, spruce, and sugar maple, / red oak, pine, and rare pink dogwood— / leaves and needles, needles and leaves, / bark and branches, branches and bark. // In the slate sky of December, as light / inches back to bright, skeletons / are visible on a path she walks.” The poet deftly plays the specific (black walnut, spruce, maple) against the general (leaves and needles) in the opening lines, and the unobtrusive alliteration in the fifth line—“slate sky”—gives the image a striking power. In passages such as these, Harris proves that she’s a craftswoman of considerable skill.

A distinctive, poetic space that’s worth dwelling in.