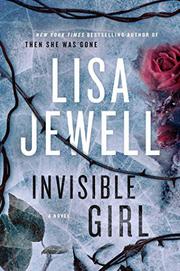 The disappearance of a teenage girl disrupts the lives of her former therapist, his family, and a lonely neighbor.

Seventeen-year-old Saffyre Maddox has been in therapy with Roan Fours, a child psychologist, for three years for self-harming after the deaths of her parents. When Roan suggests Saffyre is ready to move on, she feels betrayed and begins following Roan and spying on his wife, Cate, and two teenage children. She learns Roan is having an affair but also that multiple sexual assaults are taking place in his neighborhood. When Saffyre disappears after her blood is found by the apartments across the street from Roan’s house, Owen Pick, one of Roan and Cate’s neighbors, is arrested and jailed based on his history of visiting incel websites after having been placed on leave from his job following sexual misconduct complaints. At the same time, Cate becomes suspicious of Roan’s lies and where their son, Josh, is sneaking out to. Jewell’s latest domestic thriller features an array of characters set in a posh London neighborhood but struggles to create any real tension regarding Saffyre’s disappearance. The themes of sexual assault and incel culture are only marginally developed despite the key part each plays in the story. As such, even with these subjects, Jewell's latest is not nearly as dark as her earlier novels. This might be a welcome change if the characters had emotional depth or unique narrative voices, but they too are only superficially realized.

A lackluster and underdeveloped story.