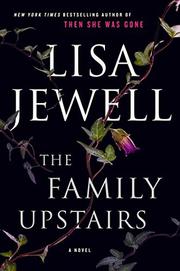 Three siblings who have been out of touch for more than 20 years grapple with their unsettling childhoods, but when the youngest inherits the family home, all are drawn back together.

At the age of 25, Libby Jones learns she has inherited a large London house that was held in a trust left to her by her birthparents. When she visits the lawyer, she is shocked to find out that she was put up for adoption when she was 10 months old after her parents died in the house in an apparent suicide pact with an unidentified man and that she has an older brother and sister who were teenagers at the time of their parents' deaths and haven't been seen since. Meanwhile, in alternating narratives, we're introduced to Libby's sister, Lucy Lamb, who's on the verge of homelessness with her two children in the south of France, and her brother, Henry Lamb, who's attempting to recall the last few disturbing years with his parents during which they lost their wealth and were manipulated into letting friends move into their home. These friends included the controlling but charismatic David Thomsen, who moved his own wife and two children into the rooms upstairs. Henry also remembers his painful adolescent confusion as he became wildly infatuated with Phineas, David’s teenage son. Meanwhile, Libby connects with Miller Roe, the journalist who covered the story about her family, and the pair work together to find her brother and sister, determine what happened when she was an infant, and uncover who has recently been staying in the vacant house waiting for Libby to return. As Jewell (Watching You, 2018, etc.) moves back and forth from the past to the present, the narratives move swiftly toward convergence in her signature style, yet with the exception of Lucy’s story, little suspense is built up and the twists can’t quite make up for the lack of deep characters and emotionally weighty moments.

This thriller is taut and fast-paced but lacks compelling protagonists.