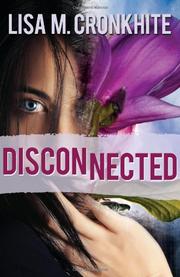 Milly, 17, is tormented by Amelia Norris, but Amelia isn’t another girl—she’s part of Milly herself.

Whether Milly is schizophrenic and hearing voices, has blackouts due to a personality disorder, or suffers from some more fantastical difficulty is unclear. That confusion passes for mystery as Milly attempts to understand the fire that burned down the house she shared with her grandfather and sends them to live with an aunt with secrets of her own. While Milly finds something good with Blake, the gardener who works for her aunt, her mental instabilities lead the teen to the hospital and some clarity, only to have an out-of-nowhere plot twist threaten her fragile progress. There are a few nice turns of phrase and description in this novel, but they can’t overcome all the other problems with Cronkhite’s work (which is inspired by her own mental health struggles, according to her author’s note). Milly’s voice comes off as completely inauthentic, and the dialogue is trite and stilted, full of sentences that sound straight from a school nurse’s pamphlets. The plot is full of unnecessary details and appears to be laboring to be edgy.

Teens hoping for an Ellen Hopkins read-alike will be disappointed by this.