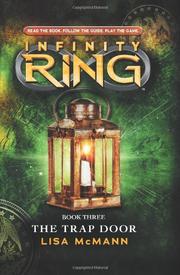 From the Infinity Ring series, volume 3

Three novels into the series, the Infinity Ring pulls off a shocking twist.

This book earns the year’s strangest compliment: It doesn’t read like a time-travel story. It has all the usual tropes: impossible technology, split-second escapes, glimpses of the future. There’s even an inventive variation on the grandfather paradox. But in its best scenes, it reads like a historical novel. Riq, an African-American boy, has traveled back to a time before Emancipation. In the book’s most frightening passage, he’s standing on an auction block, next to a young woman and her two children. In the moment, it’s possible to believe that they really will be sold as slaves. The historical detail is convincing enough that readers may be genuinely afraid, even if they’ve read dozens of time-travel stories and know how they’re supposed to end. Series fans will find all the fight scenes and riddles they’ve come to expect. (Unfortunately, they’ll also find the terrible dialogue. At one point, there’s a pun involving the phrase “Riq rolls.”) The shifts in tone keep readers on their feet.

Anyone who opens the book looking for science fiction will find the elements that make those stories work, but when readers finish this novel, they may think about picking up a history book.