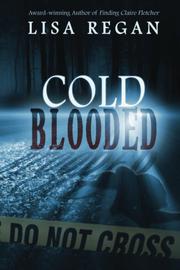 In Regan’s (Hold Still, 2014, etc.) thriller, Philadelphia private investigator Jocelyn Rush takes the reins of a cold case from a terminal ex–homicide detective who needs help finding the killer before he dies.

The unsolved murder of teenager Sydney Adams has left former detective Augustus Knox’s life in ruins. Fourteen years later, his wife and job are gone, his daughter hates him, and his alcoholism has ravaged so much of his body that he has mere months to live. He seeks help from Jocelyn, a retired cop now with her own investigation firm. Knox is sure the murderer’s Cash Rigo, Sydney’s married high school coach, who’d likely had an affair with the girl, a dalliance seemingly confirmed by recently discovered photos. Sydney’s murder looks like a random shooting to Jocelyn, but Rigo definitely doesn’t appear innocent, especially with his rickety alibi. Jocelyn teams up with homicide cop Trent Razmus and brings the case in from the cold with news reports declaring new evidence (though it’s not necessarily true) and a fundraiser in Sydney’s honor. Jocelyn eventually links Rigo to a suspicious death and sees signs that he’s abusing his pregnant wife, Francine. But she may underestimate certain people’s desires to keep the truth hidden, which could put Jocelyn’s own life in danger. The protagonist is just as unyielding as she was in Regan’s previous novel: she’s not one to readily offer forgiveness, but her resolve is commendable. There’s little mystery to the story, as Jocelyn has few suspects and spends more time trying to extract a confession from Rigo than investigating the case. But Jocelyn’s life brims with hurdles. The tortured Knox, for one, is perpetually drunk, while Jocelyn fears that sister Camille, a former addict, may want to take away her 4-year-old daughter, Olivia, whom Jocelyn’s raised as her own. Jocelyn’s as tough as they come, but couple that with her motherly instincts, and it’s categorically endearing: “Why can’t I make cupcakes that look like Minions or a goddamn Disney Princess?” the typically foulmouthed private eye grumbles. Even if readers are a step or two ahead of Jocelyn in the investigation, her charisma is unmitigated and unending.

A delightful detective who more than earns and deserves her own series.